This weekend I got a small taste of how VR could impact communication on a game changing level. Long story short, I 3D modeled a world, uploaded it to my account and explored it with people from all over the world within the span of a few hours. This could really impact notions of ownership, property and material possessions in a huge (and I think beneficial) way. (But more on that later.) 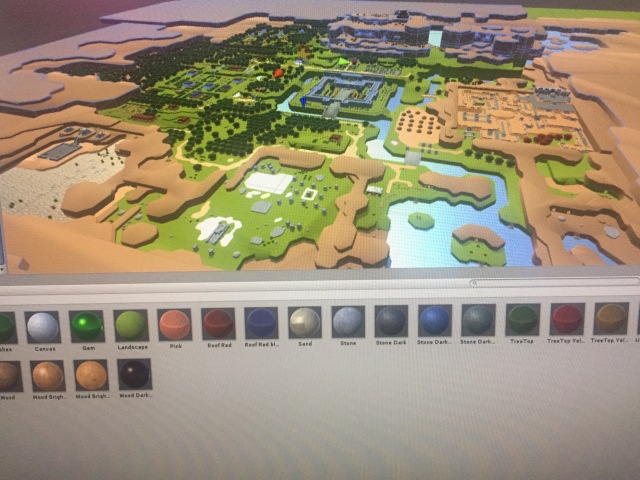 We’ve been blown away by the community from Reddit, to UploadVR to Twitter to the Nerdist – our passion project surpassed beyond our wildest expectations and we decided to share it another way: on the social platform VRChat.

Speaking of, we’ll be guests on their upcoming show TONIGHT! – Tuesday, February 21st at 7PM Pacific. Keep in mind that you can install VRChat and watch, even without a headset! (Cool, eh?) You can check out archives of the show here and follow them on Twitter.

Why not re-purpose again?

I didn’t model the environment with game engines in mind. My work flow in porting it has largely been the path of least resistance (i.e. putting mesh colliders on any of the huge/complex object the players should be able to stand on and ignoring colliders on the thousands of individual objects). Exploring the map with an enthusiastic group on VR Chat showed me just how many places a user could get stuck in a pit or run into an invisible collider that stuck everyone to the ground like glue. Despite these bugs, running around the world still felt like a huge adventure, and made me reflect on a fast approaching future in which engineers or designers will explore structures collaboratively in a group. Or Minecraft.

The Unity hurdles and Experience with the VRChat SDK

Unfortunately we encountered some problems using our current Unity version 5.6, and found that we had to downgrade in order to use the VRChat SDK (which it kept telling me in a warning message, but I’m stubborn and getting really tired of computers telling me what to do).

Luckily Unity keeps an archive of older versions of their application, and we were able to get it working fairly quickly. The VRChat SDK is really well designed and intuitive: its clear it was designed for creators of all skill levels, and I would highly recommend checking it out!

For this version of the model, I removed the post processing look and locomotion code from the scene (it’s good practice to make the build less than 200MB). VRChat has its own incredible locomotion options, so everything hooked right into that.

Gunter, a really great member of the VRChat community who has been helping me develop the map, suggested that I add portals, as well as a high vantage point to ease in allowing users to find each other, and facilitate easy movement across the vast expanse of digital space.

What struck me was that VR enables layers of communication that aren’t present in any other medium (or in life itself). Players changed their avatar to suit the environment: a huge area that would be well beyond cost prohibitive for me to build to scale in real life. We can design spaces, write code and alter ourselves in a really full expression of creativity. It’s not just virtual reality: it’s a shared reality, and it’s one that we can shape to our hearts’ content.